Mary Rigg Neighborhood Center is grateful for the ongoing support that the Mu Alpha Latreian group has given the center. 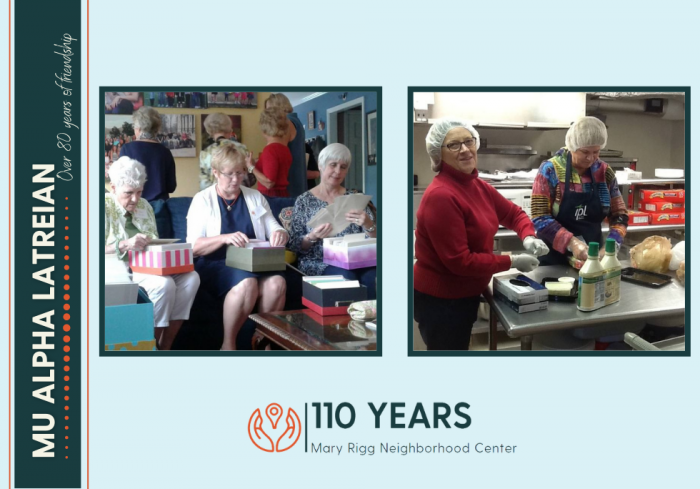 As we celebrate 110 years of service at Mary Rigg Neighborhood Center, we remember groups and partners who have shown tremendous support of our mission throughout our years of existence. One specific group that has a long-lasting legacy of support for Mary Rigg is Mu Alpha Latreian, a service group based on the northside of Indianapolis.

For many years, Mu Alpha Latreian has supported the center through fundraisers and events thanks to the legacy of individuals like Anna Margaret Ross Alexander, who originally connected the two organizations. Anna was a philanthropist and civic leader in Marion County. Her legacy supported organizations that helped addressed issues such as mental health and other social and basic needs factors that many in the community face.

“It’s unbelievable all the areas she was involved in,” said Stephen (Steve) Alexander (Anna’s son). “She was an incredibly active person in the community.”

Anna became involved with both Latreian and Mary Rigg Neighborhood Center around 1939, nearly 80 years. It shows a long legacy of supporting the Indianapolis community through programs that aim to help those in Indianapolis to gain better opportunities for themselves.
“She really thought they (MRNC) had a good program, she just thought how they approached helping people in need was a good one.” said Steve. He also shares his appreciation and respect for the center and follows in his mother’s footsteps in service. Steve has previously served as president of the Mary Rigg Board of Director and the Alexander name continues to reside on the board even to this day. “My main appreciation of Mary Rigg is we try to help people, help themselves.” said Steve.

Steve shared that the connection Anna created between Mary Rigg and Mu Alpha Latreian meant everything because she was enthralled with the work that is done at the center.

The partnership between Mary Rigg and Mu Alpha Latreian continues today. It is a treasured friendship and represents a joint history of service to our community.

Throughout the 80 years, Mu Alpha Latreian has held fundraisers, events, and volunteer opportunities to provide for the center’s various programs. One event that has become an annual tradition is the ‘Make Merry with Merry’ event held during the winter holiday season as a way to raise money to support the center. During the yearly “Make Merry with Mary” event, the group raises nearly $25,000 to support programming that empowers children, families, and individuals.

Mu Alpha Latreian’s support throughout the years has built friendships not only between the groups but also between individuals, staff, and even clients at the center. It is a friendship built with mutual appreciation between the groups that will continue to grow for many more years.

The history of 110 years of service at Mary Rigg Neighborhood Center has been made possible because of groups and organizations like Mu Alpha Latreian. The partnerships that exist have provided for opportunities like Summer Day Camp, Employment Support, Basic Needs and more. Those who support our mission through volunteering or fundraising are also active partners in the mission.

You can learn more about the 110 years of history at Mary Rigg Neighborhood Center here. Learn more about how you can become a strong partner and supporter of our mission on our 110th anniversary. 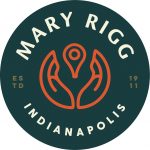