Osedra Siler is a smart, strong, and beautiful human. She has a naturally sunny disposition that seems to only grow more radiant. Mary Rigg Neighborhood Center is lucky to have a neighbor with such passion and drive. 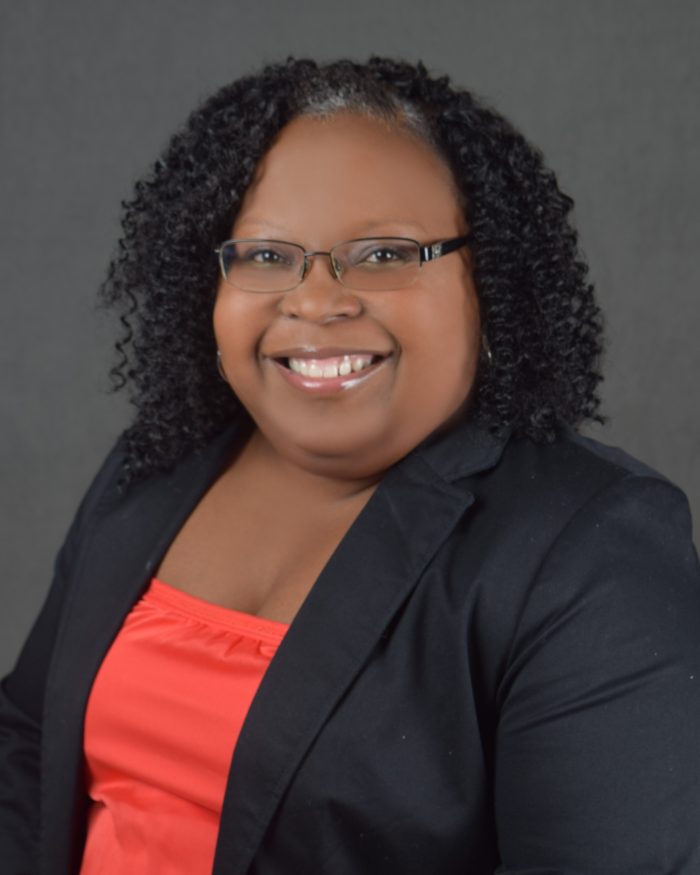 Osedra Siler may not be an Indiana native but the passion and kindness she brings to the Indianapolis community would have most think otherwise. She is a pillar within the Eli Lilly organization, and she brings the same dedication and work ethic to The Minority Engineering Program of Indianapolis, a local organization that promotes minority youth engagement with STEM.

Moving out to Indianapolis alone, as a single mother, Osedra Siler chose to build her village of support here by creating her own community. A huge part of that was connecting through volunteer work, which was something she jumped into in her first year of living in Indy. She knew what she wanted to focus her life around, she wanted to help people.

“I wanted to find a way to give back.” Siler said, “I’m definitely a person who loves communities as well.”

Siler acknowledges that being a black person in America comes with a unique set of challenges, and she has faced these herself. She opened up about how a white male doctor she had met at a career fair at her Historically Black College University had opened up her eyes to using what people see, her skin tone and her gender identity, as a strength.

“I always remember this last statement, he said, “You are what I would call a triple threat,” And mostly people hear that and go, “Is that bad? Like, what do you mean?” He said, “I don’t mean it in a negative way,” he said, “I mean that in a very positive, great way; you’re female, your African American minority, and you’re smart.” Siler said, “Use them to your advantage, you’re different, that will take you far.”

Siler proved him right, she became the first person in her family to go to college. She was driven and smart, and she used what was given to her to her advantage. Just as the ally from the career fair had opened her eyes to.

“I understand there is a difference that people see, but I can do that, I’m just as smart.” Siler said “So I kept pushing myself, saying I know you can do that, just keep going and give back to others who don’t have the drive and maybe the support that I had”

While she tries to spin these adversities on their head, she still has had to face the ugly truth that people will try to use it against her. Siler relayed a time in which a white man had called her incompetent in front of 20 plus people. He had waited, allowing for the white men before her to talk about the same project she was working on, and chose to save his words for her. He didn’t just wait to call the only black woman on the project incompetent, he went off on her for an extended period of time in front of all of their peers. Attacking her in order to produce a response from her, in essence, it was a trap. Thankfully, Siler did not fall for it. She patiently allowed him to finish his tyrannical tangent before responding eloquently, acknowledging that she will address all of his questions and effectively ending the meeting when no one else said anything. She was smart and strong in this moment, but this doesn’t mean she’s immune to the racism and sexism that prevails in our world.

“If I’m upset, I’m going to be upset.” Siler said, “It’s not gonna change my strength… It just means I’m human. I’m allowed to cry; I’m allowed to have an emotion.”

She may not have allowed him to produce an emotional response from her in the moment, but being human includes being sad, angry, and despondent. It doesn’t always mean being strong and happy, and Siler acknowledges her humanity with great sincerity. She has not only lived through the many challenges and obstacles that have been thrown her way, but she has also used them as steppingstones to success. Despite all of the adversities Siler has faced, she wouldn’t change anything.

“I wouldn’t change anything at all, even having my son so early, I would have never changed it. I figured it made me who I am, just being able to get through things, being able to see things with different viewpoints, different lenses.”

Osedra Siler is a smart, strong, and beautiful human. She has a naturally sunny disposition that seems to only grow more radiant. Mary Rigg Neighborhood Center is lucky to have a neighbor with such passion and drive.