A Story 90 Years in the Making

Gabe and George Voida, legacy brothers and one of the center’s earliest success stories, arrived 90 years ago in 1931. With clothing made by their mother, the two boys, aged 11 and 13, became local celebrities because they had arrived from Romania, alone. 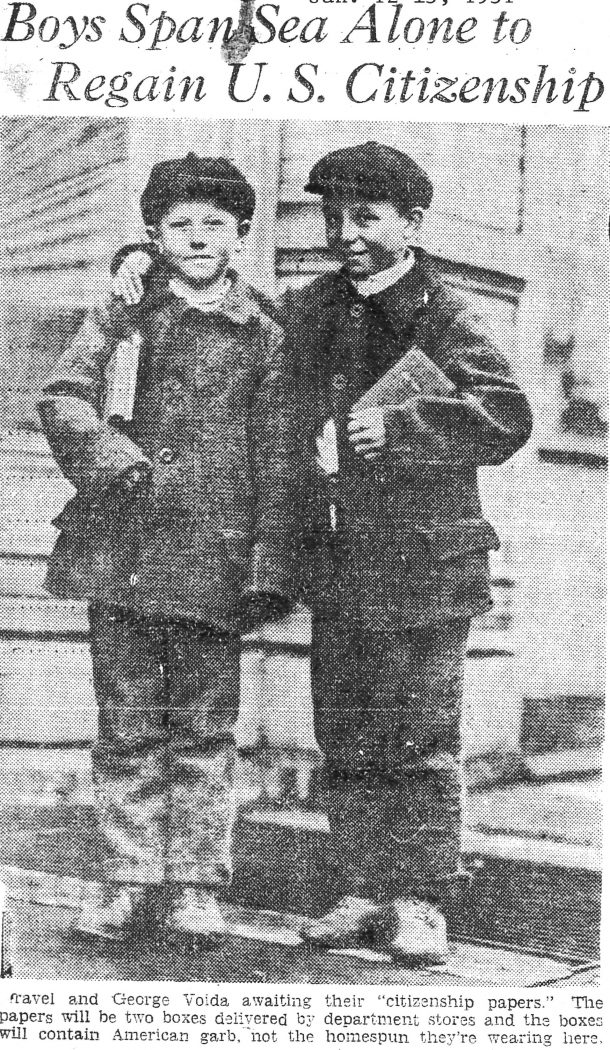 The two brothers, both born in the United States, had to return to their parents’ Old Country of Romania in June of 1925 after their father had become ill. Although their parents were excited to be home, the medical care they had come to seek, would not work for them. Their father passed away less than a year after their arrival.

Between the years 1926 and 1930, life was hard for the brothers. Living in a small village, maintaining a small hemp farm, caring for various farm animals, and adapting to a stepfather. During this time, George maintained the dream of returning to the United States. In 1930, the necessary arrangements were made for he and his brother, however their mother would remain in Romania.

Wearing their native, homespun clothing, lugging a dilapidated suitcase, supplied with a small supply of food, and carrying a letter with their destination, the two boys arrived in Bucharest on December 24, 1930. They would travel for several weeks – first to Berlin, then to Bremen, and then arriving in New York on January 10, 1931. The next day, they arrived in Indianapolis at Union Station with “Mary Rigg” pinned to their coats.

From there, Mary Rigg made sure George and Gabe were taken care. They were living with Mr. and Mrs. Carl Sauers, had new clothing purchased for them, and were almost overwhelmed with the bit of celebrity status that traveling 5,000 miles without a parent at ages 11 and 13 had given them. But they were back in the United States.

George and Gabe embraced being back in the US. George recalls in his book Upon the Hearth “The next day Miss Mary Rigg called for us at the Sauers’ apartment and took us downtown and had us out-fitted with new clothing. Almost instantly I felt like an American. I was once again just like everyone else. I was no longer an object of curiosity, feeing foreign and weird. It was a wonderful feeling of acceptance, equality, and confidence. It was just a magical transformation, and I was devoutly thankful for every pleasurable moment I experienced.”

Years later, George graduated from Manual Training High School with Honors. Gabriel would graduate the following year. They both became Eagle Scouts, went to college, had families, and remained in the Indianapolis area. Mary Rigg herself, was always there for them. Their children looked to her as a grandmother figure. She attended family events and there are many great memories shared of her and the two traveling boys who landed in Indianapolis. 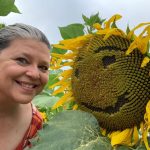